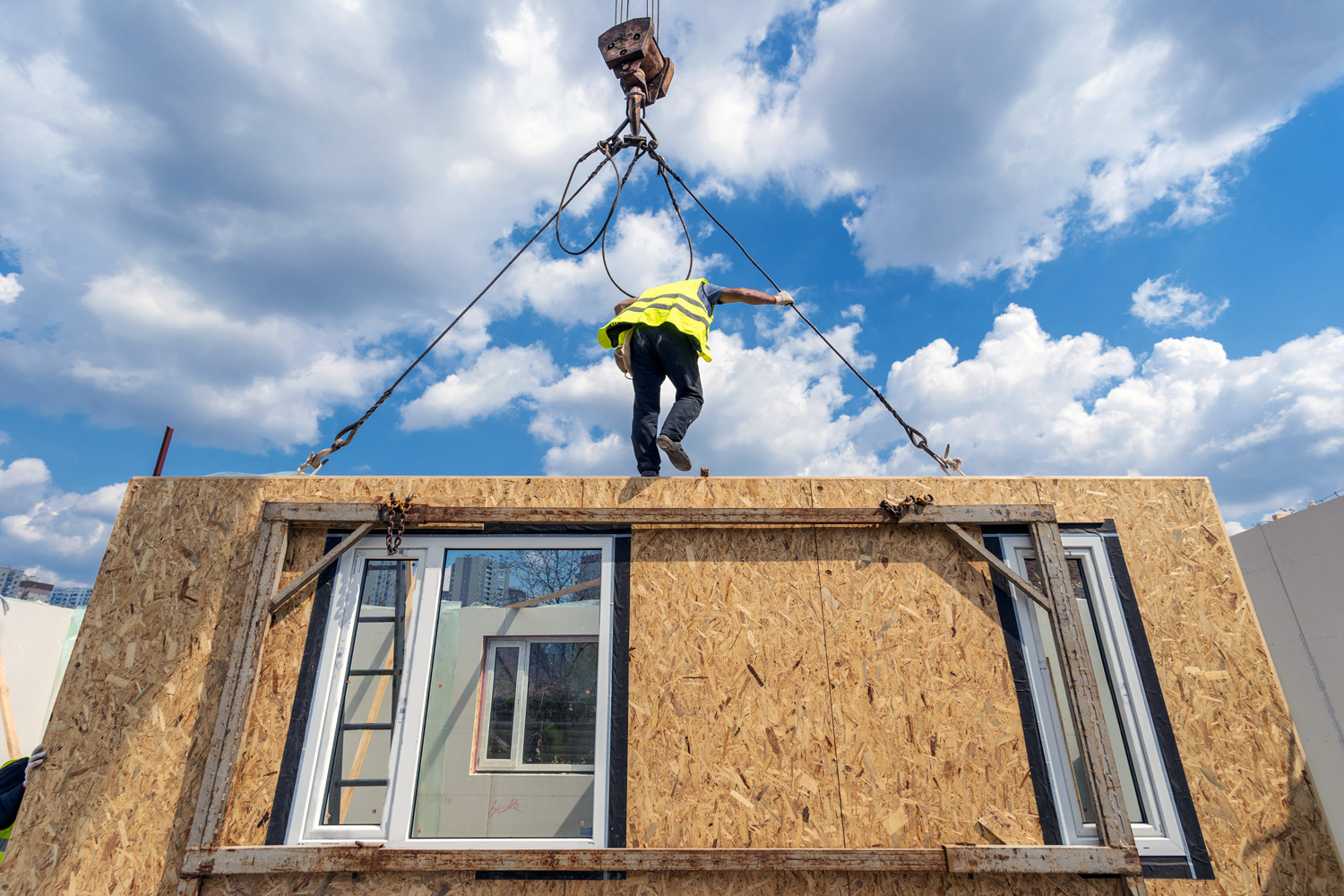 Modular construction was once an outlier in the industry. Today, it accounts for a growing share of structures used in housing, healthcare, education and even retail. Thanks to advancements in the industry, the market is expected to reach $114 billion by 2028.

What is Modular Construction?

Modular construction combines the benefits of prefab with the quality and integrity of site-built structures. Parts or large portions of the structure are built off-site and then transported to the building site, where they are placed onto a foundation or platform using a crane.

Modular structures can be single story or multi-story, although multi-story buildings are less common due to the complex nature of these structures.

Modular buildings are constructed off-site in a controlled facility, but they are built using the same quality materials as site-built structures. They’re also made to meet or exceed building codes, so they hold the same value as a stick-built structure.

These buildings are produced in modules and put together on-site. Because the modules are produced in a climate-controlled facility, the weather never causes delays and construction is quicker than a site-built structure.

What are the Types of Modular Construction?

There are two main types of modular construction:

Both types of modular construction have their place and advantages. It’s important to consider what each type has to offer before starting a modular project.

Although there’s been growing interest in modular construction in recent years, the concept isn’t a new one. In fact, there’s evidence of prefab construction during colonial times.

In 1624, a fisherman from America commissioned a construction company in England to manufacture building components and ship them overseas.

In the 17th and 18th centuries, companies in England were shipping prefabricated structures, like cottages and hospitals, to New Zealand, Australia and even South Africa.

During the Gold Rush in the U.S., prefab homes were popular due to the extreme housing shortage.

And from early 1900 through 1940, Sears sold tens of thousands of homes in the U.S. These kits came with precut parts that were assembled by the buyer. Some of these kits were less than $200.

After World War II, the U.S. manufactured hundreds of thousands of Quonset huts to help house soldiers returning from the war. These modular structures could be built by six unskilled people in a day.

Outside of housing, prefab structures were commonly used to build diners in the U.S. after WWII, particularly in New Jersey. These diners could easily be shipped by rail.

Although modular manufacturing is still an outlier in many countries, there’s a growing interest in this construction method due to its time and environmental benefits. Advancements in the industry have made it easier for many developers to jump on the modular bandwagon.

What are the Key Benefits of Modular Buildings In Construction?

There are many advantages to choosing a modular structure over a traditionally built one. These benefits include:

Construction is also quicker because weather rarely causes delays. Virtually all of the construction is completed indoors in a factory, so weather may only cause minor delays. Structures can be occupied sooner than with stick-built structures.

With most of the construction taking place off-site, there are fewer site disturbances. For businesses, municipal buildings, education and healthcare facilities, this means that business can carry on as usual while the modules are being built.

Modular construction is not only quicker but safer, too. Working in a controlled indoor environment reduces the risk of accidents. Workers have access to all of the tools and equipment they need to get the job done safely and efficiently. Productivity is improved, and quality assurance helps reduce safety issues.

Because modular structures are primarily built indoors, the structure’s components aren’t exposed to the elements and are kept dry throughout the building process. This eliminates the risk of moisture being trapped in the lumber and affecting indoor air quality.

In the factory, materials can be recycled and inventory can be controlled to cut down on waste. Building materials are also protected from the elements, further reducing waste due to water damage.

While modular builders typically offer collections of floor plans, most also offer the ability to customize the structure. Many also allow for a completely custom build, allowing you to enjoy the benefits of modular construction and the flexibility that you find with site-built structures.

Generally, modular structures are stronger than site-built ones because each module is built to withstand the rigors of being transported and craning.

Most manufacturing plants also have more stringent quality control protocols, with inspections and testing to ensure that structures are well-built.

Modular construction is a more practical option for narrow lots and areas where it’s difficult to transport materials. In densely populated urban areas, modular construction is ideal. The modules are built off-site, which eliminates issues with material transport and having large working crews on-site. The only thing that’s needed is the crane to set the structure on the foundation.

What are the Types of Modular Structures?

There are two main types of modular structures: permanent and relocatable. It’s important to understand the difference between the two when planning your project.

A permanent modular structure is just that – permanent. They can be single-story or multi-story structures consisting of several modules. These modules can easily be integrated into a site-built project, or constructed as a standalone building.

Permanent modular structures can include:

A relocatable modular structure is temporary. They are still built to local codes and state regulations in a climate-controlled environment, but they are designed to be transported and repurposed several times.

Temporary modular structures can be used in a variety of applications, including:

Although these structures are not designed to stay in one place, they still offer safety and comfort due to meeting building codes and guidelines.

What are the Disadvantages of Modular Structures?

Although there are many benefits to modular buildings, there are some drawbacks that need to be considered.

#1 – Securing Financing Can Be Challenging

Even in today’s world, it can be challenging to secure financing for a modular construction project. Some banks and lenders are still unfamiliar with the construction process and will require upfront payments to take on such projects.

#2 – Customization Can Be Limited*

However, once the order has been placed and fabrication begins, you can no longer customize the structure.

In this way, modular construction is a little less fluid and flexible than traditional construction. If you decide you want to change the layout or add a window after fabrication has already begun, you may be out of luck. With the right planning before you start your project, this should not be a concern.

Depending on the location, there may be local ordinances or HOA restrictions that make it difficult or impossible to build modular structures. Although times are changing, there are still some areas of the country that won’t allow modular or prefab structures, even though they are not considered mobile homes. HOAs, in particular, can be challenging to deal with when building modular structures.

Overall, modular structures make construction more affordable and quicker, which makes it an excellent solution for housing shortages. But the construction of a modular building is also easier on the environment, provides better indoor air quality and minimizes waste. There are still some drawbacks to consider, but stick-built structures also have their own disadvantages.

When time is of the essence or the terrain makes it difficult to build structures using traditional methods, modular construction shines. 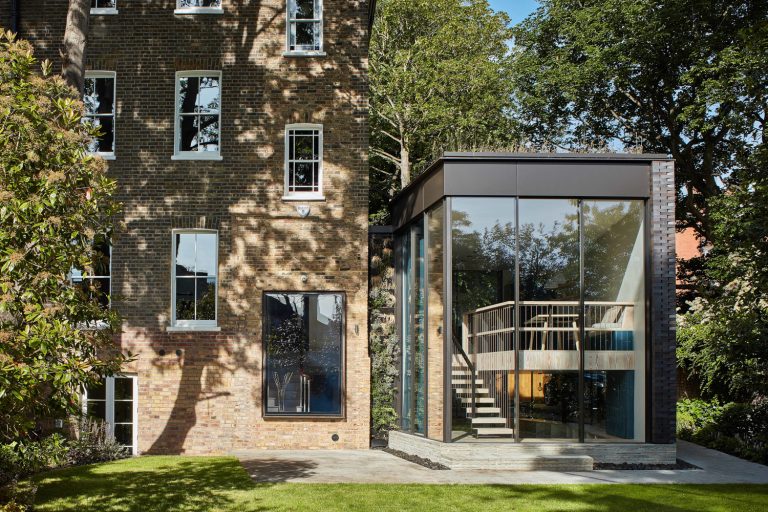 If you want to make an addition to your home, you have a couple of basic options. Either you can construct a traditional addition, or you can go with a modular home addition instead, also… 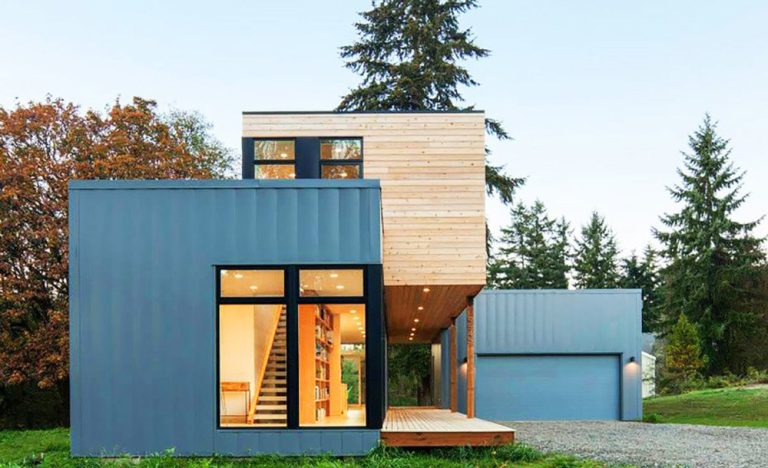 When it comes to prefab homes, the terms “modular” and “manufactured” are often used interchangeably. However, while they are both technically prefab structures, there are significant differences between them. Whether you’re building a new home… 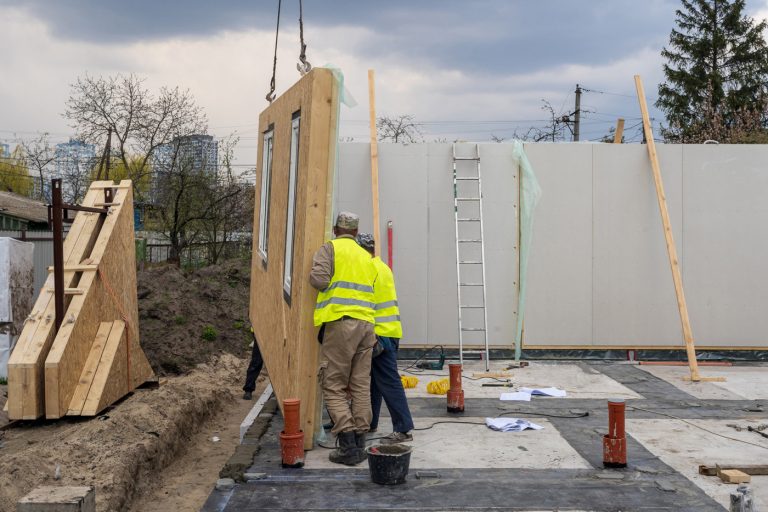 Thinking about making an addition to your home? One option for doing so quickly and affordably is to choose a modular home addition. In this guide, we will explain modular addition costs to you in…